BASDA leads the way on Interoperability

A lack of interoperability is now recognised as a significant drain on the world economy. BASDA has a track record of working together to set standards which enable diverse systems to talk to each other and the BASDA Interoperability Charter is the next milestone on this journey.

The BASDA Interoperability Code of Practice identifies and recognises organisations committed to increasing the ability of their customers to improve process efficiency and drive competitive advantage.

BASDA  launched the  Interoperability Code of Practice on 16th April 2013 at the House of Commons. Its aims to encourage public and private sector users to embrace the use of automated processes and systems that transfer data electronically between systems is advocated by supporting members of government.

Members who sign up for the BASDA Interoperability Code of Practice will benefit from:

Tim Cole, Chair of the BASDA eBusiness Special Interest Group comments, “Interoperability is a key issue by which we can support process improvement and economic growth. BASDA ensures that we can achieve speed to market at the same time as building a growing community of providers committed to delivering an integrated economy.” 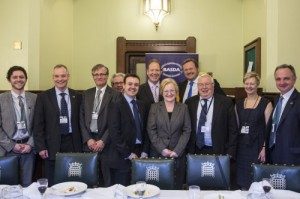 Creating Value for our Members

Joining BASDA goes beyond a package of benefits.  It goes much deeper with the advantage felt across your organisation and customers.

BASDA has made a direct and positive impact on the world of its members and their customers for over 25 years.

See the impact we’ve made

Involvement in BASDA makes a real difference to the development of its members and their future careers.

Collaboration and shared learning across the BASDA community brings a tangible result for members and their customers.

Our suite of guides will help organisations make the right choices for their business and run efficient purchasing processes.

SHARING INDUSTRY NEWS WITH YOU

Read our latest news, information on new members and other industry updates in our Blog.

Find out more about the benefits of BASDA and how to join.