BASDA and Interoperability: benefits to all business software developers 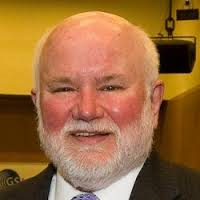 BASDA launched the Interoperability Charter at the House of Commons on 16th April 2013 and is actively involved with UK Government in the drive to promote e-invoicing and interoperability.

Bill Pugsley provides his insight into the background and progress of BASDA’s work on promoting and enabling interoperability for business software.

In 1970 it was calculated that, in the western hemisphere, 70% of information keyed into a computer application was being read from a piece of paper printed by a computer. By 2000 this had reached 84% and in 2014 it is nearer 92%.

In 1967, Ed Guilbert, the then president of the Trading Data Co-ordinating Committee (USA), said that there must be a better way of exchanging information to facilitate trade. Thus was born the concept of replacing paper with electronic transactions. Many people consider Ed to be the father of what became known as Electronic Data Interchange (EDI).

However, what was a simple concept was hijacked by a plethora of industry groups, businesses and organisations who all considered that they knew best. The result was that, by 1987, there were over 24 different International standards defined for the basic data structures to be sent and received electronically. However, each standard then evolved its own versions of different business transactions, resulting in an even greater problem for global operations to work with.

Even assuming the matter of how an electronic transaction would look (in the UK a non-millennium compliant standard – TRADACOMMS – is the largest used EDI standard for the retail sector in 2014), you then have the added complexity of how the data could be safely sent and received between buyers and sellers.

In the early days (long before the internet existed), third party Value Added Networks (VANs) were created to provide the infrastructure to permit the exchange of EDI messages. VANs, of course, charge for their services and are sometimes mandated by, typically, a large retailer as being the only way in which data can be sent to or received from them.

What BASDA has done

BASDA has for the last twenty years been involved in trying to return to the simple concept put forward by Ed Guilbert in 1967.

Before the advent of eXtensible Mark-up Language (XML), members of the BASDA eBusiness working party agreed simple message structures that could be delivered directly from applications and, as importantly, imported into applications (with-out the need for a person to key the data into a system).

This was followed through in 2001 by BASDA, in a joint initiative with Microsoft, on the development of Biz Talk – an XML based set of defined messages for transacting business electronically. A number of BASDA members developed the ability to export and import XML data structures complying with the Biz Talk schemas.

Of course other industry groups have since offered the ability to securely exchange data over the internet (and some of the communication solutions are prohibitively expensive). Yet BASDA developed a methodology that added little or no cost to solution providers, thus reducing the cost for their clients as well.

Through the auspices of the eBusiness Special Interest Group the original Biz Talk has continued to be developed.

Companies that participate in the group are aware of the leading edge opportunities that have been developed by BASDA – yet all members of BASDA can share in the rewards of the focus provided by BASDA over the last twenty years.

This initiative continues with the recognition by BASDA members that interoperability is a key component that their business applications must embrace.